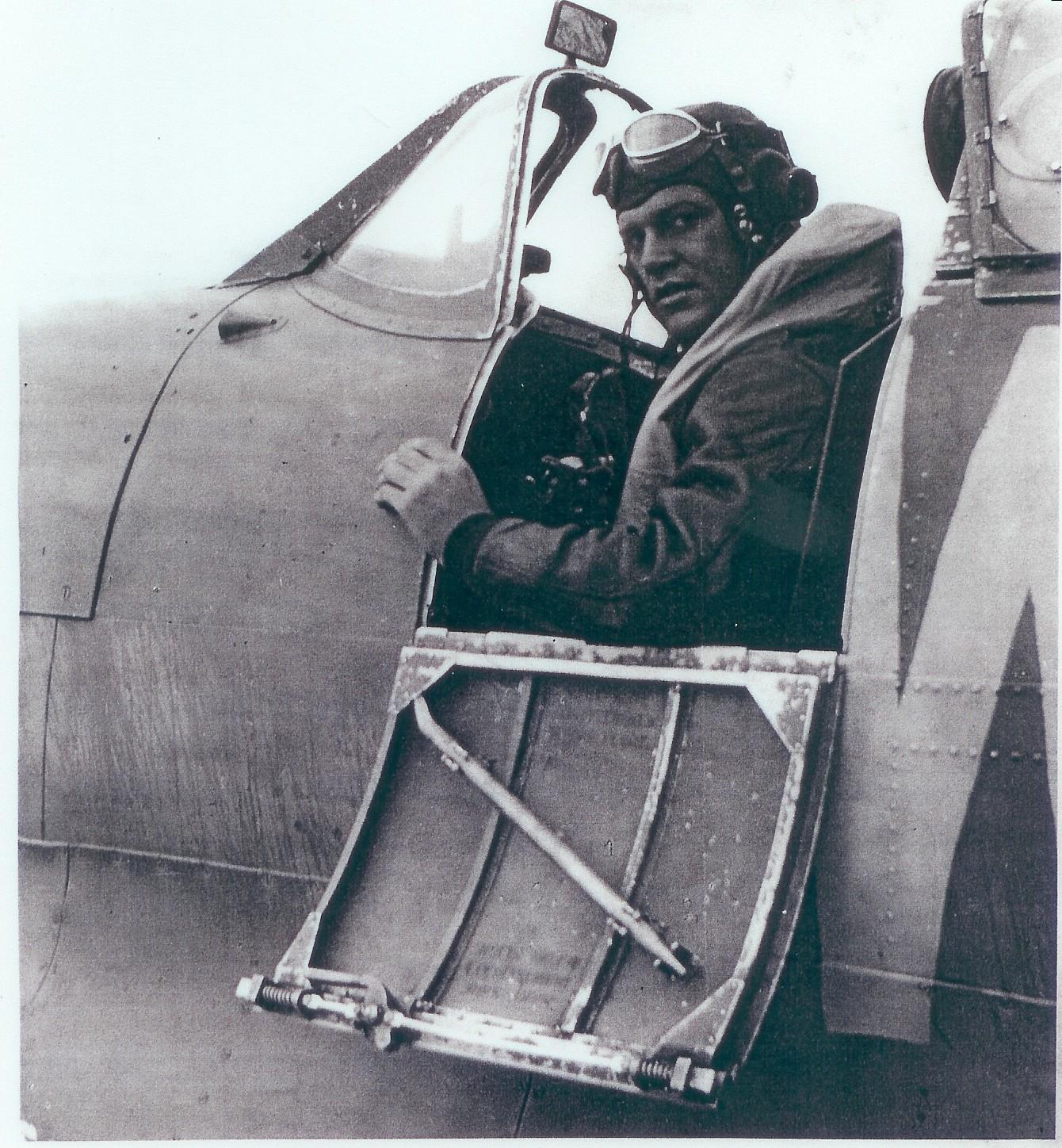 This book was the second written with Greg and Dieter, we were kindly given by the Strawn family in the USA the wartime diary of Lt Harry Strawn DFC to produce into a book. Harry was a Spitfire pilot with the 31st Fighter Group, 309th Fighter Squadron based at RAF Westhampnett.

129 Squadron departed from Westhampnett on the 29th July and left the station for the Americans to take over. They moved in on the 9th August 1942. It was time for the locals to lock up their daughters, the Yanks had arrived! They were to be the first Fighter Group to operate in the European Theatre.

The 31st Fighter Group had  deployed to England in June 1942 to RAF Atcham and RAF High  Ercall where the 31st received their Spitfire MkVs and began training on them. By coincidence one of their RAF instructors who was to teach the Americans to fly Spitfires was Pilot Officer Alan Smith who had been at Westhampnett with 616 in 1941.

However their stay was not to be for long and the  31st were moved out on the  1st  August to different airfields to make room for the 14th Fighter Group and their P-38s coming from the United States.The Group was dispersed in the South with the 307th Fighter Squadron taking up residence at RAF Biggin Hill, the 308th FS to RAF Kenley and lastly the 309th FS who took ownership of RAF Westhampnett.

The first tangle with the enemy came when the 309th was airborne on gunnery practice over Shoreham and were directed to intercept a plot by controllers. They found a single Fw-190 and gave chase with the squadron commander (Major Harrison Thyng who had only recently flown with 129 Squadron to gain combat experience) claiming the Fw-190 as damaged.

Mostly the  Squadron flew combat sorties over France,  fighter sweeps that resulted without much action during early August 1942. A fighter sweep on 15th August over Eutrat, France also did not result in any tangles with enemy fighters, however two American Spitfires were damaged by friendly fire from British MTB (motor-torpedo boats) while they were flying low.

On the 17th, the 309th flew Circus-204 to Lille, France that resulted in the first major action with 12 Spitfires, being accompanied by an RAF Wing Commander, engaged a flight of six to eight Fw-190s. The Spitfires had significant height advantage and engaged the Fw-190s claiming two damaged (1 by Wing Commander  Thomas ( who had previously flown with 129 as Wing Leader) and one by Major McNickle from the 307th

The next major operation the unit was to be involved in was on the 19th August. . The 31st was the sole American unit to participate in Operation Jubilee ( The now infamous Commando Raid on Dieppe) although No. 71, 121, and 133 RAF squadrons also flew Spitfires during Operation Jubilee, these being the three Eagle Squadrons flown by American volunteers before they were inducted in the 8th Air Force  as the 4th Fighter Group.

The first operations were flown at 07:17hours when the  308th took off from Kenley for  Dieppe. The Spitfires were jumped by Fw-190s as they passed over the raiding parties naval escort. Lt. Hill claimed a probable Fw-190 shot down, and Lt. Inghram was shot down and picked up by ships off the French coastline.

The 309th  from Westhampnett arrived soon after in the middle of several dogfights between RAF and Luftwaffe units. At one moment being surrounded by friends, the next moment being surrounded by enemies and had to fight their way out. Lt. Junkin (309th FS) claimed the first confirmed enemy aircraft (Fw-190) shot down by the 31st FG.  The 309th returned home at 09:30 Hours.

The final tally for all units ended with the 31st claiming 2 destroyed, 3 probable, and 2 damaged with the loss of 5 pilots, many Spitfires were forced down at other airfields due to fuel shortages.

Dieppe was the first and last major engagement by the 31st FG. However the group continued to fly several missions including bomber escort, strafing missions, and fighter sweeps.

They were soon on the move again this time on August 23rd  the 307th moved to Merston,  and the 308th moved to Westhampnett. However in mid September, the 31st FG was ordered to pack and crate materials for a long distance move however the move was delayed and during this lull, the 31st continued to fly missions when allowed by the weather, formation and gunnery practice, as well as receiving dignitaries and inspections including General  Doolittle.

The unit’s belongings and equipment were finally shipped on 9th October and the 31st is finally declared non-operational. The next Squadron to move in was very familiar with Westhampnett and 616 who had last been at the airfield in the summer of 1941 took residence. The book continues with Harry from his time at Goodwood through to his service in the Pacific flying the P47. A fantastic read.